Don’t Hate the Player: How Fun and Games Can Encourage Sustainable Choices 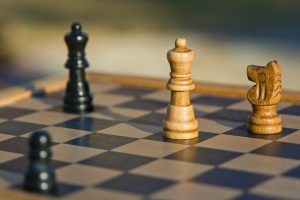 On some level, most of us are in the business of behavior change — whether we’re trying to lose a few pounds ourselves or whether we’re promoting energy efficiency. It goes without saying that habits are hard to break, even when someone has gone out of their way to make the better choice fairly easy.
As communications guru Andy Goodman points out in his “free-range thinking” column [PDF] this month, most of us opt for the escalator instead of the stairway. Highway speed trap cameras do little to reduce speeding. And handy garbage cans in public places haven’t stopped littering.

So, it seems guilt trips and even real penalties don’t always do the trick. But what if we make it more fun to do the right thing?

That’s what Volkswagen challenged local thinkers to do in Stockholm. Their contest, The Fun Theory, resulted in a bunch of clever ways to make games out of healthier, safer, or more environmentally friendly choices — many with great success.

Here’s one to combat escalator laziness:

In a subway station, a staircase was converted into a piano keyboard. As commuters walked up and down the steps, each stair played a corresponding note. At first, a few adventurous individuals tried the stairs and even attempted to play songs. Over time, there was an eye-opening (and waistline reducing) 66 percent increase in use of the stairs.”

The YouTube video about this project went viral and has had over 17 million views!

What about a “carrot” rather than just a “stick” to reduce speeding? Another Stockholm experiment replaced highway speed signs with a “Speed Camera Lottery.” They still issued tickets to speeders, but if you passed the sign going the legal speed or slower, your license plate number was entered into a lottery to win a pool of money funded by — you guessed it — the ticketed drivers. “During a three-day test, average speeds on this stretch of Swedish highway dropped from 32 to 25 kilometers (20 to 16 miles) per hour.”

Then there’s the litterbug problem. Check out this garbage can triggered to funny sounds — like a cartoon-inspired sound of something dropping an absurdly long distance — when you throw your trash in. In this experiment, “more than twice as much trash was deposited in this bin as the next nearest in the park.”

There are more Fun Theory projects, including a “bottle bank arcade” for recycling and a clever (if somewhat troubling) way to make it more fun for kids to keep their seat belts on.

So, how can we make more fun out of sustainable behaviors? We know that one great way to motivate people to cut home energy waste is to tell them how much energy their neighbors are using. That’s a game of sorts — or at least friendly competition (and social marketing), Are there more ways to “gamify” our efforts?

Gabe Zichermann, consultant, author, and all-around game king, defines the the approach as a way of using “game thinking and game mechanics to engage people and solve problems.” (His consulting business is called Dopamine!) Here are his “six rules of gamification”:

1. Understand what constitutes a “win” for the organization/sponsor. In other words, clearly identify the behavior goals and outcomes. What do you want people to do?

2. Unpack the player’s intrinsic motivation and progress to mastery. “We need to know what drives our users and how our application moves them along a path of mastery in their lives … what are our players’ hopes and fears, anxieties and aspirations?”

3. Design for the emotional human, not the rational human. We make many of our decisions quickly and based on emotion, not rationality.

5. Use one of the leading platform vendors to scale your project.

6. Most interactions are boring: make everything a little more fun. “This doesn’t mean that we need to trivialize our work … rather, we must remember that the average player lives in a world devoid of daily positive reinforcement, surprise/delight, and meaningful sociability. By aligning our experience with their desires, and striving to make every encounter more meaningful, we can bring fun to every grey, dull corner of the world.”

While these rules are obviously business-oriented, and big fun isn’t always an option, there are certainly some lessons here for everyone. First and foremost is that we need to understand what motivates the people we’re trying to reach — what are their hopes and fears, what makes them feel good (or bad), what imbues status, and what identity are they seeking for themselves?